Skip to content
Neurosurgery Saved Me From Going Blind

“Neurosurgery Saved Me From Going Blind”

Basil Figliano, an electrician from Bridgewater, New Jersey, had perfect vision his entire life. In fact, he went for his first ophthalmologist appointment at the age of 56. With a slightly diminished visual acuity rating of 20/25, he left with reading glasses and a heads up that he might have minor cataracts developing. Over the next few months, Basil felt his vision getting drastically worse. 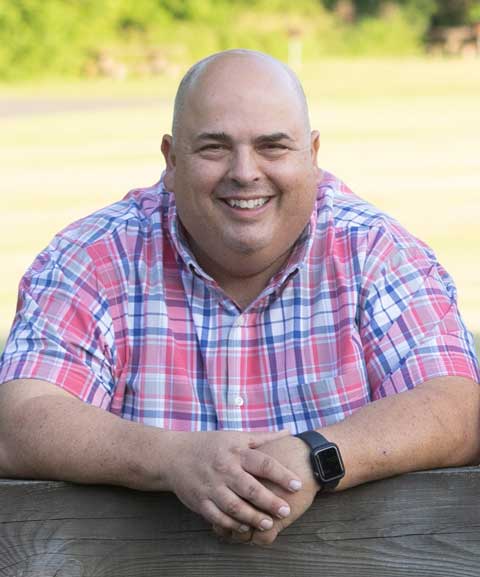 “At that point, my eyes were really giving me a lot of trouble, and I was constantly complaining about not being able to see clearly,” recalls Basil. “When my eye doctor confirmed the cataracts in my right eye were progressing, I went ahead and had cataract surgery because they had really begun to impact my quality of life.”

Hopeful but realistic, Basil knew it might take some time for his vision to improve post-surgery – but after two weeks, his vision continued to decline. A field vision test confirmed Basil was legally blind in his right eye and his vision was deteriorating in his left eye as well. He could no longer drive or perform his job as an electrical inspector for Old Bridge Township, bringing him to the cusp of a major lifestyle change.

Basil’s neuro-ophthalmologist suspected he had a brain tumor that was compressing the optic nerve. The next day, a CAT scan confirmed that was the case. Basil and his wife, Cheryl, turned to the internet to find a neurosurgeon. Their search led them to Yaron A. Moshel, MD, PhD at Overlook Medical Center, where he serves as co-director of the Gerald J. Glasser Brain Tumor Center. Dr. Moshel – also a member of the team at Altair Health – is a neurosurgeon highly skilled in removing complex tumors.

“We narrowed our search down to two highly recommended neurosurgeons, but there was really no contest. From the very first consultation, Dr. Yaron Moshel was just amazing,” says Basil. “He knew every angle and possibility of what could or could not be done based on my specific case. He explained everything in immense detail and laid out the serious reality of the situation in a way that somehow didn’t feel that scary.”

Given the large size and location of the pituitary tumor, Dr. Moshel knew he needed to act quickly and partner with a team of ear, nose and throat (ENT) doctors who specialize in endoscopic sinus surgery to give Basil the best chance of success. With Basil and Cheryl in the room with him, he called Giant Lin, MD, an ENT expert at Overlook.
“You can’t wait with scenarios like this. The longer the pressure is exerted on the optic nerve, the greater the chance for permanent damage. The sooner we treated Basil, the better our chances would be of having a better outcome,” explains Dr. Moshel.

Just a few days later, Dr. Moshel and Dr. Lin teamed up to perform an endoscopic endonasal resection, a minimally invasive surgical procedure that enabled them to carefully remove the tumor through Basil’s nose.

“By removing the tumor through the nose and underneath the skull, we were able to move the tumor away from the optic nerves, protecting the optic nerves and preserving the surrounding brain tissue,” says Dr. Moshel.

“In addition to protecting the brain, our goal was to preserve as much of the nasal function as possible,” says Dr. Lin. “With modern day instrumentation and techniques and a team approach, we were able to do so successfully.”

“Waking up from surgery, it’s like someone flicked a switch and turned the lights on. I could see again,” says Basil.

After a few weeks of recovering at home, Basil returned to work part-time and went back full-time just seven weeks after surgery.

“Now, whenever I’m stressed out, I just remember what a gift it is to be able see clearly,” adds Basil. “Dr. Moshel, being the type of doctor he is, still calls periodically to check in. Not only does he have the expertise you want in a neurosurgeon. He has the compassion side of it down, too.”