Skip to content
From Quadriplegic to ‘Miraculous’ Recovery: How Advanced Spine Surgery Saved One Man from Permanent Paralysis

From Quadriplegic to ‘Miraculous’ Recovery:
How Advanced Spine Surgery Saved One Man from Permanent Paralysis 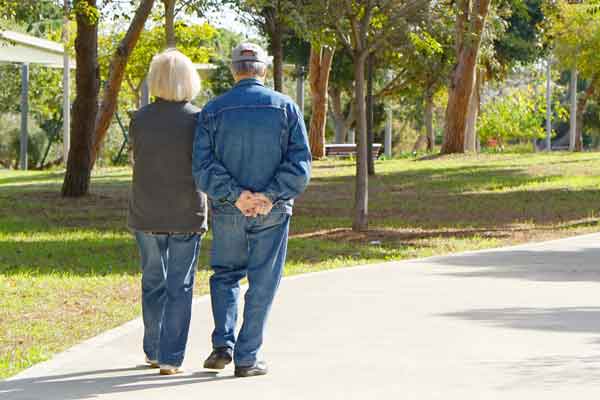 By all measures, Johnny Barbone, 69, of Whitehouse Station, New Jersey should have been permanently paralyzed after he slipped on black ice and endured a traumatic spinal cord injury. Instead, today he’s walking, using his arms and hands, and well on the road to recovery.

“Johnny had just gone out to bring the trashcans in and get us a few cups of coffee. When I peeked out the door about 20 minutes later, I saw him laying at the end of our driveway calling for help,” recalls Johnny’s wife, Cece Ciliberto. “I ran to help him and realized he couldn’t move. He was paralyzed from the neck down.”

Responding to Cecily’s 911 call, an ambulance was at their house in minutes. She assumed they would take Johnny to the closest hospital, but the paramedics went straight to Morristown Medical Center where Johnny could get the highly specialized spine care he would clearly need.

“When Johnny arrived at the trauma center as a quadriplegic, MRIs revealed he severely injured several discs in his spine and had torn stabilizing ligaments throughout his C4, C5, C6 and C7 levels. This resulted in instability in his cervical spine and crushing pressure on his spinal cord. An injury like this is debilitating, often causing permanent paralysis and leaving patients unable to take care of themselves or even breathe on their own,” explains Louis Noce, MD, who attended to Johnny at Morristown Medical Center. Dr. Noce is a board-certified neurosurgeon at Atlantic NeuroSurgical Specialists and its partner Altair Health, a new physician-managed health system that’s revolutionizing spine care in New Jersey. “I couldn’t let Johnny’s story end that way.”

Knowing time was of the essence, Cece – a doctor’s daughter herself – and Johnny’s daughter, Denise McVetty, made the swift decision to have Dr. Noce take Johnny into surgery.

“Dr. Noce calmly explained our options, and in my heart, I knew surgery was the right way to go. Knowing how delicate the spinal cord is, I didn’t want to wait and risk having more complications, and Dr. Noce very quickly inspired our trust in his skill,” says Cece.

Over the course of five hours, Dr. Noce performed a decompressive laminectomy using a combination of minimally invasive and traditional surgical techniques to strengthen the injured area as well as to alleviate the massive amount of pressure on Johnny’s spinal cord. They wouldn’t know until after the swelling from the surgery went down exactly what condition Johnny would be in.

“After heading home to sleep, I came back bright and early to be by Johnny’s side,” Cece continued. “Lo and behold, Dr. Noce walked into the room before his office hours, with his shirt and tie on, to check in. You don’t see doctors who do that on their own time anymore. It was heartwarming knowing how much he truly cared about Johnny.”

During the visit, Dr. Noce asked Johnny if he could wiggle his toes. He ever so slightly moved the toes on his left foot, which he had also managed to do before surgery. The bigger question was if feeling would come back to the right side of his body. While Johnny said he couldn’t move the toes on his right foot, Cece and Dr. Noce’s eyes lit up when they actually saw a faint bit of movement.

“This was a huge sign of hope for us,” notes Cece. “Slowly, Johnny began regaining feeling throughout his body, and we knew we were going to get through this.”

After four days at Morristown Medical Center, Johnny was transferred to an inpatient rehabilitation facility. He was walking within two days.

Johnny underwent nearly six weeks of intensive physical and occupational therapy, re-learning how to use and control his body, including his legs, feet, arms, hands and fingers, and continues improving every day.

“Recovery certainly hasn’t been easy,” he says, “but I believe with every fiber of my being that Dr. Noce saved me from being paralyzed for life. I think God put him at Morristown when I needed an angel, and I’m living proof of Dr. Noce’s miraculous work.”