Kerri Squires was given an 18 percent chance of survival. Now it’s as if the brain aneurysm never happened. 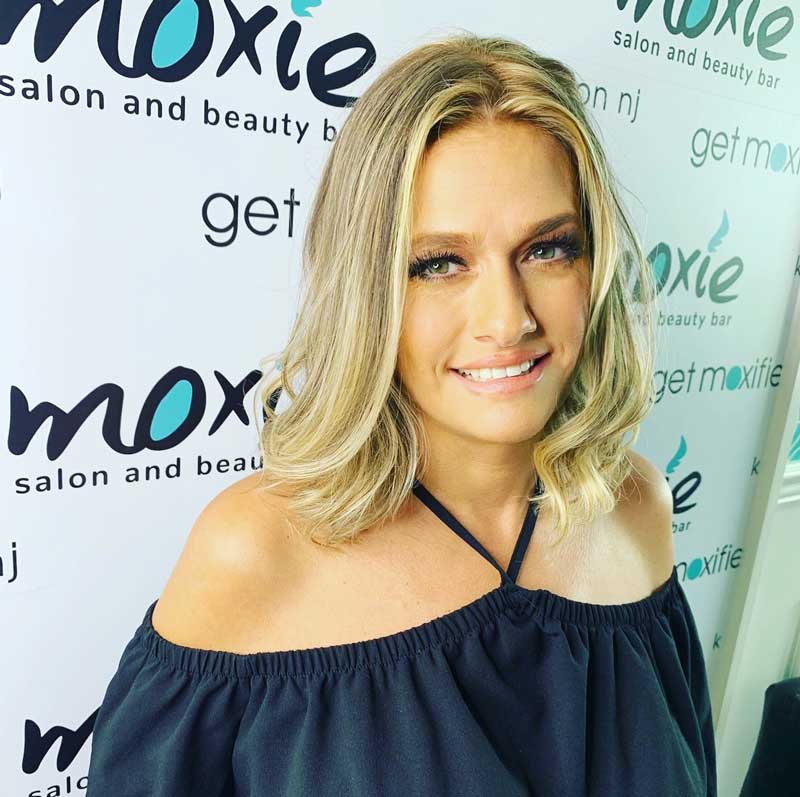 Prior to her stroke, Kerri Squires had never even heard the word ‘aneurysm,’ let alone about life-saving brain surgery through your wrist. Now, she’s a living example of the potential that a radial approach to endovascular neurosurgery holds for others.

The last thing Kerri Squires remembers is checking herself in to the Emergency Room and pulling out her insurance card. She had just dropped her two kids off at school a block away and couldn’t handle the intense pain in her head any longer.

“It felt like someone was hitting me in the head with a baseball bat every time I took a step,” says Kerri.

Two days earlier, she was at an amusement park with her family when she says she “felt something click.”

“All of the sudden, my head was pounding, and I couldn’t see straight. I was violently sick the entire two-hour ride home, and my boyfriend told me I was going in and out of consciousness,” Kerri notes. “But when we got home, I snapped right into mommy mode, so everyone thought I got whatever it was out of my system and just had a really bad migraine. I got my son and daughter to bed that night and celebrated Mother’s Day with my own mom the very next day.”

“The sudden, severe headache, blurred vision, nausea, vomiting, loss of consciousness, and the seizure Kerri had in the ER waiting room are all telltale signs of a ruptured brain aneurysm,” says Dr. Paul Saphier, a board-certified neurosurgeon at ANS | Altair Health who treated Kerri at Overlook Medical Center. “She’s lucky to have even made it to the hospital after so much time passed.”

Scans confirmed an aneurysm ruptured in the right side of Kerri’s brain. She was rushed into emergency surgery.

Rather than perform a traditional open craniotomy – which requires opening the skull to stop the bleeding – or traditional endovascular neurosurgery where neurosurgeons navigate to the brain typically through the main artery in the upper thigh, Dr. Saphier took an even more advanced endovascular approach. To preserve as much healthy brain tissue as possible and minimize the risk of further bleeding, he went through the radial artery in Kerri’s wrist to place 11 coils in her brain and stop the bleed.

“Radial access is the ultimate in minimally invasive endovascular neurosurgery,” Dr. Saphier explains. “The radial approach carries less risk of bleeding and improves patient comfort compared to the transfemoral approach in the thigh. The outcomes I’ve seen with patients are truly amazing, and Kerri’s case is certainly one of them.”

Dubbed the “miracle child” by her doctors, Kerri walked out of the ICU – avoiding a longer hospital stay – and went straight to rehab. Two months after the surgery, Kerri says it’s as if the brain aneurysm never happened.

“I’m well on my way to getting back to 100 percent,” she says. “I don’t even have a dot on my wrist and yet, this is how Dr. Saphier saved my life. Because of his approach, my experience has been so different – in the best way possible – from other stroke patients.

“I’ve been involved in online support groups to help cope with the emotional trauma of what happened to me. I see so many others struggling having their heads shaved, having dozens of staples in their skulls and indentations in their faces. These additional hurdles weigh heavily on them, and thankfully, I can’t relate.”

While radial access is widespread in the cardiology community for interventions like stenting and catheterization, it’s not commonly used in neurosurgery. Dr. Saphier is on a mission to change that by spearheading a physician-led study to formally examine its advantages and bring what he believes in many cases is the best treatment available to more patients.

“I had never even heard the word ‘aneurysm’ before, let alone about life-saving brain surgery through your wrist,” shares Kerri. “My family put its faith in Dr. Saphier when the odds were against me, and with his skill and technique, he more than delivered.”