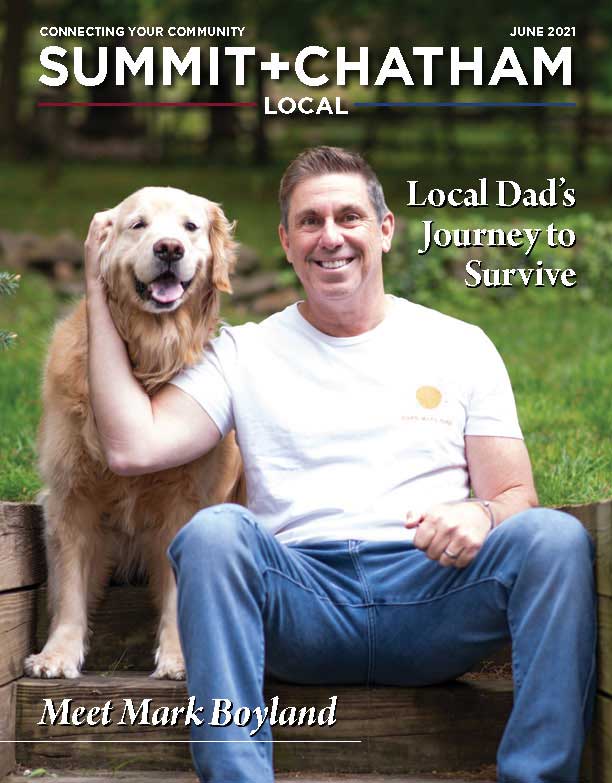 How are you involved in the Community?

How have you survived during the Pandemic? Tell us your story.

Each of us got COVID early in the pandemic, and my wife Sonja – a Winston School educator – experienced a job loss as well. We became insular through the summer, focusing on family and keeping to the family shore house for activities like boating and fishing. In spite of challenges, one daughter succeeded in junior year at Villanova as a biochemistry/neuroscience major with A’s, another daughter landed a highly coveted rotation at UPMC and became a Child Life Specialist, and our third got engaged, planned a wedding, and was married May 16 outside at the shore with all friends and family attending. Through this all, my wife was a constant source of patience, perspective and perseverance.

What can you tell the neighbors about the importance of keeping healthy?

I am the poster child for early detection. My physicals over the years yielded commentary such as “you have the fitness of a man half your age”. False praise for my lifting/swimming/running/dieting regime in that what lies beneath the surface is what will get you. A simple hand tremor and quick slur of speech, that passed in seconds, was the only indicator I had that something was wrong. Had my wife not seen and heard me, I’d have brushed it off and moved on. In spite of my overall health – heart, blood, eyesight, etc., that one sign was the result of a tumor. Had I not sought the care of medical professionals at AHS, I’m told I likely would have lost eyesight, sense of smell, and motor skills on the right side of my body. So, yeah, when something feels different, get checked out.

Mark was used to having a clean bill of health and being the type of person who never even catches a cold. That started to change when he began experiencing episodes where he would zone out – which he learned later were seizures. In one in- stance, Mark was working at home and his wife, Sonja, noticed something was off. His typing came to a noticeable stop as his right arm cramped up, and when she asked if everything was ok, his speech was noticeably slurred. 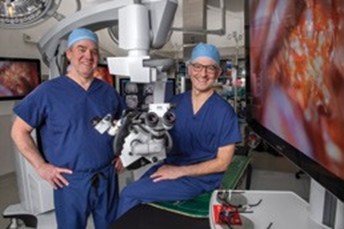 Mark’s first call was to his Chatham neighbor Ronald Benitez, MD who is the chair of endovascular neurosurgery at Atlantic Health System’s Overlook Medical Center and a neurosurgeon with Altair Health.

“I knew Ron personally but more importantly, I knew about the group’s outstanding reputation,” notes Mark.

Dr. Benitez connected Mark with one of the leading brain tumor surgeons in New Jersey, Yaron A. Moshel, MD, PhD, who happens to also live in Chatham.

“There are a lot of uncertainties when it comes to brain tumors, but when a mass starts impinging on the brain and affecting someone’s life in any way, as in Mark’s case, it’s a telltale sign it needs to be removed,” explains Dr. Moshel, who also serves as co-director of Overlook Medical Center’s Gerald J. Glasser Brain Tumor Center.

“If Mark had waited to be treated, he could have reached the point of developing intractable epilepsy,” ex- plains Dr. Moshel. “Additionally, if the tumor grew, it would have compressed his optic nerves, leading to vision loss, and affected his frontal lobes, which are important for high-level cognitive reasoning and are especially important for a lawyer.” 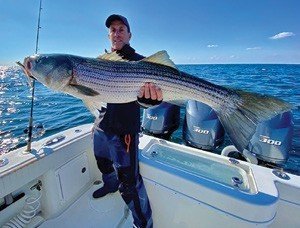 Mark Boyland returned to his hobbies just seven weeks after brain surgery to remove a skull base tumor.

After walking Mark through various approaches for treatment, Dr. Moshel performed a craniotomy, working through the base of the skull to access otherwise hard-to-reach areas of the brain without disturbing healthy tissue. He successfully re- moved the tumor, including unwrapping parts of the tumor from around Mark’s optical and olfactory nerves. 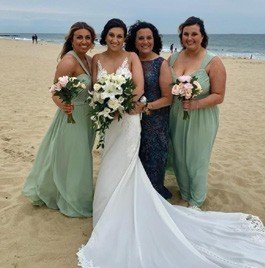 Mark’s support group of friends and family has helped carry him through both the Pandemic and his treatment.