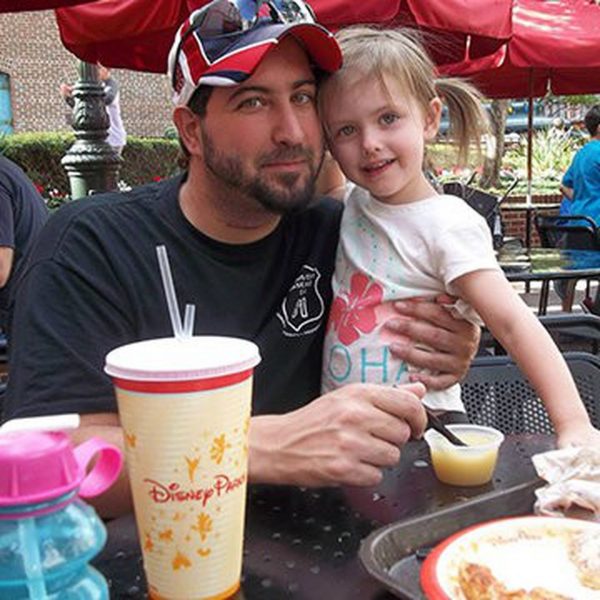 “You are at risk of becoming a quadriplegic.” Imagine hearing these words when your only symptoms prior to that day were not much more than a stiff neck?  That’s exactly what happened to 32-year-old Joseph Chiarella of East Hanover. Chiarella started to feel neck discomfort back in early June, but he brushed it off, attributing it to sleeping or sitting in the wrong position. After all, he never had an injury or accident. Over the course of a few months, his pain would increase and other symptoms began to surface, such as numbness in the hands, arms, fingers and eventually his chest and legs.

On Saturday, Oct. 18, Chiarella woke up in such serious pain that it took him almost an hour to get out of bed. As the day progressed, so did his symptoms, which led to lack of control over his limbs. By the time he met spine surgeon Dr. Scott Meyer in the ER, he was terrified about his condition. After reviewing the patient’s MRI and performing a neurologic exam, Dr. Meyer knew time was of the essence.

“Mr. Chiarella suffered from cervical disc herniations compressing his spinal cord and had rapidly progressing symptoms,” Dr. Meyer said. “He had already lost most of the function in his lower extremities. Without moving quickly and removing the discs that were applying pressure to the spinal cord, Mr. Chiarella ran the real risk of permanently losing movement and feeling in his limbs. Surgery could potentially restore the function he had lost that day and prevent him from not being able to walk or use his hands at all for the rest of his life. I operated as soon as possible, performing an anterior cervical discectomy and fusion.”

How does a 32-year-old suffer from degenerative disc disease? “While the disease itself is seen more commonly in older patients where symptoms may develop gradually, younger patients can acutely develop symptoms when a large disc herniates from the disc space,” Dr. Meyer said.  “In Mr. Chiarella’s case, there was no specific traumatic event that led to this injury. He likely had moderate degenerative changes and more disc material herniated acutely, leading to rapid neurologic deterioration.”

Degenerative disc disease is a term used to describe the loss of fluid in an individual’s discs. Discs that were once soft and compressible break down, or degenerate. Tears in the disc’s outer layer allow the gel-filled material normally inside the discs to escape, causing the disc to bulge or leave the disc space entirely. In the cervical spine this can lead to spinal cord compression.

After spending a couple days in the hospital and a stay in Atlantic Rehab Institute for a week, Chiarella completed his physical and occupational therapy and was released to go home to his family, including his 3-year-old daughter, Isabella Rose. He is able to walk on his own and use his hands.

“I want to thank Dr. Meyer,” Chiarella said. “I am so thankful for my health and he was instrumental in my diagnosis and treatment. I was faced with a lot in a short amount of time and Dr. Meyer really comforted me and walked me through every decision that had to be made. He made me feel at ease, was very explanatory, and I appreciated his knowledge and training in new techniques and technology that allowed me to go home to my little girl, Isabella Rose. She means the world to me.”