Retired educator teaches the most important lesson of her life 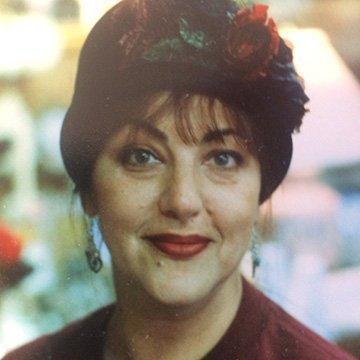 Donna Mulrane underwent a minimally invasive technique called ‘coiling’ after suffering a brain aneurysm. With coiling, a thin catheter is used to block off the aneurysm from the inside.

When Donna Mulrane retired, she didn’t think she’d have yet another lesson to teach — and that it would perhaps be the most important one of her life.

The lesson? Don’t go back to sleep if you are awakened by a jarring headache.

And why is this lesson so important? Because it saved Donna’s life.

One night in early September, Donna, who lives in Toms River, and taught fifth grade in the Toms River School District for 28 years, woke up at 1 a.m. She had a debilitating stiff neck and a severe headache. Having suffered migraines for 40-plus years, she recognized this headache wasn’t like the others.

“I knew I was in trouble, so my husband of almost 50 years rushed me to Brick Hospital,” Mulrane said. “A CT scan was done immediately, and it showed a leaking aneurysm. Within minutes, I was being transferred to Jersey Shore Medical Center in an ambulance.”

There she and her family met the neurosurgical team at Altair Health.

Donna’s aneurysm was located toward the front of her brain just above the nerves that control vision. An aneurysm is a blister on a blood vessel, similar to a bubble on a tire. The walls of an aneurysm are weak and prone to rupturing, which causes bleeding into the brain. This bleeding can lead to stroke, permanent brain damage, coma, and death. Nearly 50 percent of people who have a ruptured aneurysm die within 30 days. It’s a scary disease when you consider that most patients are perfectly fine one minute and then in critical condition the next. It is an absolute emergency, and the aneurysm needs to be fixed right away.

As such, with Mulrane, there was no time to spare. The neurosurgical team had to find the aneurysm and repair it before it caused any further damage. They performed a procedure called an angiogram where a catheter was placed in an artery in Mulrane’s leg and brought up to her brain. Pictures were then taken of her blood vessels, and a 3-D model of her aneurysm was created.

In the past, the only way to treat a ruptured aneurysm was through invasive brain surgery. However, Altair neurosurgeons have special training on a newer minimally invasive technique called “coiling” where a thin catheter is used to block off the aneurysm from the inside. This procedure doesn’t require opening the skull and results in less pain, no scars on the head, and a faster recovery time. Altair Health got Mulrane’s permission to repair the aneurysm with coiling — if possible — prior to the angiogram.

“Thankfully, they able to coil the aneurysm during the procedure,” Mulrane said. “This was a frightening experience, but the Altair team took the fear out of it, not only for me and my husband, but for our four grown sons as well. They were compassionate, kind, and they kept us informed of every detail — what had been done and what the next steps were. I call them my miracle men. I don’t believe I would have survived without them.”

After a 15-day hospital stay where every minute of every day was critical, Mulrane returned home. After a few months of physical therapy at home, she’s as good as new.

“As a breast cancer survivor, I am extremely blessed to have had two chances in this life. So here I am teaching what is perhaps the most important lesson of my life — if you wake up with a really bad headache, don’t go back to sleep. Get right to a hospital. It could save your life.” she said.