Skip to content
Simple, but so often overlooked, advice: Listen to your body

Simple, but so often overlooked, advice: Listen to your body 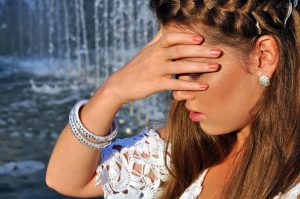 Stroke symptoms should not be ignored.

Altair Health urges you to listen to your body. Don’t ignore your symptoms.

Today, an increasing number of Americans are doing just that — with potentially devastating results. It’s not uncommon to ignore a sudden, severe headache; dizziness; tingling; or loss of balance. These are just some of the symptoms — that when disregarded — can lead to significant medical problems.

To highlight this simple, but so often overlooked, advice, Altair Health doctors and their patient Ann Thompson, are speaking out.

Thompson, an assistant nurse manager in a New Jersey hospital emergency room, listened to patients nearly every day for the past 40 years … but she didn’t listen to her own symptoms.

Generally healthy, Thompson suddenly began experiencing what felt like a headache and a toothache. Then, when she was driving, she lost vision in her left eye for a few seconds. Several days later, the same thing happened. At work, she noticed flashing white lights in her eye. Thompson meant to call the doctor, but didn’t.

Two days later, she felt tingling in her hand and began dropping things. She knew something was wrong, but refused to admit it.

“My brother insisted I go to the hospital,” Thompson recalls. “There, a carotid ultrasound revealed 80 percent blockage of my left internal carotid artery.”

The carotid arteries are large blood vessels that supply blood to the front part of the brain.

“Dr. Ronald Benitez a neurosurgeon at Altair Health, and Physician Assistant Dean Barone explained that I needed emergency surgery,” Thompson continued. “Being a nurse, I understood everything they were explaining … but I was still scared. I will never forget how they talked with me until I was calm and gave me their cell phone numbers. That was going above and beyond.”

“Ann had a severe blockage of her left carotid artery, which had caused a small stroke,” Dr. Benitez said. “The artery needed to be opened to prevent a major stroke, one that could potentially be life-threatening. Ann’s surgery went flawlessly.”

“Ann did amazing,” Dr. Benitez added. “She was in the hospital for only two days. The only deficit she left with was a weak finger, which has fully recovered, and some peripheral vision lost, which has greatly improved.”

Today, Thompson is back to her everyday life.

“I believe in keeping the faith and divine intervention,” she said. “But most important, I now believe in the importance of taking care of yourself. We all live such busy lives but you need to listen to your body. You’re worth it.”

Stroke symptoms that should not be ignored include sudden[1]: