Skip to content
What’s it like to have a concussion … and what should you do if you have one?

What’s it like to have a concussion … and what should you do if you have one? 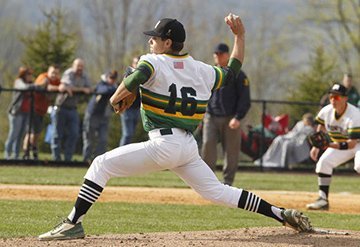 At 15 years old, Mike Biases suffered two concussions. Today, he is concussion-free and back to enjoying his favorite activities.

Concussion is scary — a fear of both parents and athletes alike. Yet, until you’ve had an individual who has had one, he or she can’t imagine what it feels like. And, figuring out if you or your child has suffered one can be extremely confusing.

That’s why ANS and Mike Biase, a patient who had multiple concussions while playing high school football, are exposing what it’s like and what to do if you or your child have a concussion.

Mike was just 15, a Montville High School sophomore and an accomplished athlete. He excelled at football, basketball — and his passion, baseball. When he wasn’t practicing or playing, he was studying, spending time with friends and family, fishing and playing the guitar.

That all changed one fall day.

“We were going through plays during football practice,” Mike said. “I was focused on running down the line and making the block. Until I went head-to-head with a 6-foot 2-inch, 210 pound teammate.”

“Instantly, it was as if I was in my own world and the play was going on around me,” he said. “I tried to push through it, but I couldn’t remember what to do, and I was making mistakes. After practice, I felt like I was in a fog … almost dream-like. And, I was abnormally tired. That night, I didn’t recall in-depth conversations I had as we celebrated my mom’s birthday.”

The next day, Mike continued to feel like he was in a cloud. He went to the school nurse, then to Morristown Memorial Hospital. There, he was diagnosed with a concussion. A concussion is blunt force trauma that causes shaking of the brain. Concussions damage tissue and create chemical changes. While they are usually not life-threatening, their effects can be life-changing.

And, Mike’s life did change.

“I was out of it as I was walking around,” Mike said. “I instantly went from being very active to not being able to do much of anything. Everything, and I mean everything, bothered me. Doing the simplest of things became the biggest challenges. It actually hurt to think. Listening to music — which always relaxed me — made me uncomfortable.”

Gradually, Mike’s symptoms subsided, and while he didn’t get back to 100 percent, he did return to playing football. Unfortunately, one month later, after a normal hit that typically would have little impact, he suffered a second concussion.

This time, Mike was left with a constant dull ache in his head. It never let up. His grades were falling. He couldn’t pay attention for more than a minute or two, and then he’d zone out for 30. His reaction times were dramatically slowed. He became depressed because of the pain.

“Every morning, I’d wake up forgetting about the concussion. Then I’d stand up and get a huge head rush. Every second of not feeling good was made worse by the fact that there was no treatment or cure.”

Mike couldn’t play video games or watch television. Loud noises produced pain. So did visuals and bright screens. He couldn’t wear hats. It even hurt to sleep on a pillow. And being out in the cold was unbearable.

“I didn’t know what to do, and no one understood what it felt like to be in my shoes. Until I met Dr. Rehberg.”

Dr. Joelle Rehberg, a non-surgical spine specialist with Altair Health, is an expert in sports medicine and the treatment of concussions. She also serves as the school physician for the Montville Township School District.

“Dr. Rehberg was the first person who understood what I was going through,” Mike said. “She taught me how to overcome the symptoms using coping mechanisms. For example, she taught me the power of positive thinking. The more positive you think, the better you feel. She encouraged me not to overthink and to relax. She also suggested I see a friend or two during the day and have short conversations to get my mind off of the pain. The more I did this, the more good days I could string along, and the more progress I saw.” 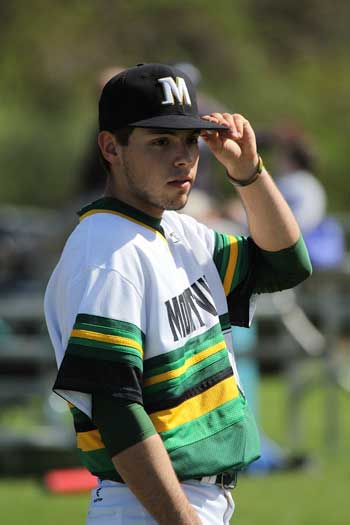 “Making accommodations for Mike’s school work was critical to his progress,” she said. “We made arrangements for him to do his work in limited amounts so he was able to successfully complete it. Another critical component to his overall recovery — and emotional well-being — was allowing him to do light exercise. Shutting him down from all activities would have been devastating and counterproductive. And, the plan worked.”

Today, Mike is doing well as a 20-year-old college sophomore. He is concussion-free and back to enjoying his favorite activities. He has some lingering symptoms, but he knows how to cope with them.

“My reaction time is slightly slower, and my attention span is not as good as it used to be,” he said. “To accommodate that, I hyper focus and pay the utmost attention when I’m in class and behind the wheel.”

Mike has come a long way.

“Mike’s symptoms were typical, but they could have been a lot worse,” Dr. Rehberg said. “Concussion patients often experience the full gamut of headaches, nausea, vomiting, confusion, ringing in the ears, dizziness, seeing stars or flashing lights, double vision, feeling dazed and being unaware of what’s going on. Mike has done a great job of overcoming the effects and adapting.”

To help educate athletes, particularly football players, about the prevention and care of concussions, Mike offers this advice:

“If you think you have suffered a concussion, trust your gut,” Mike suggested. “If you feel fatigue like never before, are in a fog or just don’t feel right, seek medical care right away.

“And, if you do have one, think positive. Do little things during the day that make you happy. Light exercise, like walking and swimming, is good, but be careful not to drive your heart rate up. Light television watching may be okay, but make sure it’s not too loud. Don’t play videos because visuals and bright lights screen don’t help. And, don’t over-challenge yourself. Trying to crack a puzzle won’t be productive.”